The company is currently the target of a nearly 11-billion-euro buyout offer from US private equity firm KKR.

Labriola, 54, has been serving in the role of general manger since the resignation of former CEO Luigi Gubitosi in November.

Gubitosi stepped down amid increasing pressure on TIM’s top management from shareholders, including France’s Vivendi, over disappointing company results and flagging shares.

KKR is still awaiting a response from TIM to its request to conduct due diligence on the company’s finances.

On Tuesday, Labriola outlined a strategic plan for 2022-2024 to TIM’s board, which – as an alternative to the KKR offer – envisions separating the company’s fixed network operations from its services businesses.

A telecoms veteran, Labriola served since 2019 as the head of TIM’s Brazilian business.

He is TIM’s sixth CEO in a decade.

5G launches in US without huge impact on flights

Emirates to resume US flights after ‘temporary’ 5G reprieve 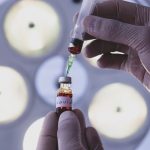