San Francisco – Meta chief Mark Zuckerberg laid out revamped company values Tuesday, urging workers to be “Metamates” who treat one another with respect and look to the future.

Zuckerberg shared his note to employees on his Facebook page, the revamped credo coming on the heels of the internet giant being renamed Meta in October.

“As we build the next chapter of our company as Meta, we just updated the values that guide our work,” Zuckerberg wrote.

Facebook last reworked its professed values in 2007, according to the company’s co-founder and chief.

An ethic of “move fast and break things” from Facebook’s early days has evolved into simply “move fast” as a team to deliver innovations.

Meta’s new credo also calls for being direct, but respectful to colleagues, collaborating as “Metamates.”

“Meta, Metamates, Me is about being good stewards of our company and mission,” Zuckerberg wrote.

“It’s about taking care of our company and each other.”

The stated values also call for focusing on the long-term and building “awesome things.”

The notion of Zuckerberg urging employees to be Metamates in a morale-building pitch was promptly mocked on Twitter.

Some joked that the word sounded better suited to a bad dating app, or even to sailors on a ship in troubled waters.

“Metamates report to the Metatorium for a Metameeting,” read one of the many quips fired off on Twitter.

Others portrayed it as part of an effort to divert attention away from problems at Facebook.

Critics have derided Facebook’s rebrand as an attempted distraction from an avalanche of damaging revelations from whistleblower Frances Haugen.

The “Facebook Papers” showed that company executives knew of their sites’ potential for harm on numerous fronts, including the uncontrolled spread of hate speech in developing countries as well as Instagram’s impact on teen mental health.

“For those of us living in the present, @Meta Facebook isn’t ‘nicing us to death’, Haugen said in a tweet Tuesday.

“Facebook must recognize the damage they are causing today, not pivot to the @Meta-verse and never look back.” 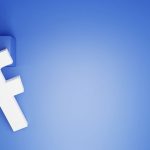