Advertising designed to promote a political party or candidate will have to be marked as such and indicate who has paid for the campaign.

This will not apply to politicians posting on their own personal social media accounts, but Brussels wants to impose transparency on organised campaigns to influence elections.

“The rules for meaningful transparency will apply across the ads production chain, be it political party, PR company, digital platform, data broker or influencer,” said EU vice-president for values and transparency Vera Jourova.

“This is not only about Facebook or Google. Without providing this information, political advertising online will be illegal,” she added.

In recent years European several governments and election watchdogs have raised the alarm over the use of targeted online advertising and covertly funded disinformation campaigns to sway voting.

In 2018, the British outfit Cambridge Analytica was revealed to have used the personal data of tens of millions of Facebook users to build an operation to influence US and UK voters.

Russian and Chinese operatives have also been accused of secretly acting online to disrupt politics in western democracies. Moscow and Beijing deny this.

“Today’s package is a reaction to these events and also to loopholes identified in our systems,” Jourova said.

The new EU rules on political ads, which will next be discussed by EU member states and by the European Parliament, are supposed to come into effect, by spring 2023, one year before the next European Elections.

The updated regulation is also intended to work alongside the GDPR privacy laws introduced in 2018 to govern tech’s use of user data target ads and the upcoming landmark Digital Services Act.

Some platforms, such as Twitter and TikTok, have already voluntarily banned political advertising. 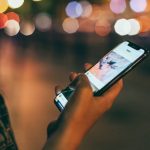