Harare – A boundary-littered 81 by stand-in Zimbabwe captain Brendan Taylor helped Zimbabwe reach 209-2 by lunch on Friday on the third day of a one-off Test against Bangladesh at Harare Sports Club.

Led by an unbeaten Test career-best 150 from Mahmudullah Riyad, Bangladesh posted 468 on Thursday in the first of seven matches covering all formats on a first tour to the southern Africa nation since 2013.

Zimbabwe were trailing by 259 at lunch as they seek revenge for an innings and 106-run loss in Bangladesh early last year.

Taylor is deputising for regular skipper Sean Williams, who is in self-isolation after coming into contact with family members who had tested positive for coronavirus.

The captain averaged close to a run a ball as he faced 92 balls and struck 12 fours and one six before being caught by substitute Yasir Ali off the bowling of Mehidy Hasan Miraz.

Taylor shared a 115-run second-wicket partnership with opener Takudzwanashe Kaitano, who remained unbeaten on 63 with his 200-ball stand including eight fours. 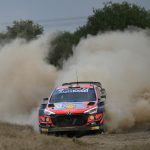 Conor Murray says he has insights into springbok coaches