Cape Town – Former Protea cricketer, Pat Symcox revealed on Tuesday night that he was in the ICU undergoing a stent insertion, which he confirmed was successful.

“All is fine, the stent insertion was successful. It seems that I’m going be right as rain in a couple of days,” Symcox said in a video he uploaded to Facebook.

On Wednesday morning, Symcox was in good spirits as he uploaded another video in which he explained what happened and let his followers know that he was okay.

“They found a blockage in my leg – at the top of my knee, in that area. So they had to go in and put a stent in. When I spoke to the doctor afterwards she said she was happy that it was successful.

“I’m fine, I can feel my foot is warm. I’d be able to walk further… [yesterday] I was really battling to walk, I could feel tingling in my foot. It was irritating and it was going blue, so I had to have the stent put in.”

“I’m hoping to go to the ward this morning and then maybe a night there and then I’m out of here,” he added.

He thanked his followers for their messages of concern and well-wishes and highlighted that he will be kept occupied by a book – The Boer War.

Symcox is a former South African international cricketer. He played 20 Test matches and 80 One Day Internationals in the 1990s.

On February 15, 1998, he scored a century at No.10 – a 108 against Pakistan in Johannesburg. He is one of only four batsmen to achieve this feat in Test cricket. 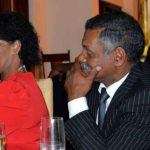 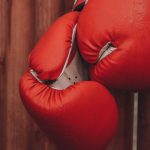 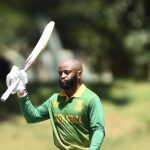 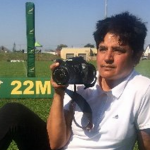