Tiraspol – After a young fan darted past security to get to Cristiano Ronaldo, the Manchester United superstar made the boy’s dream come true when he hugged the young fan and took him aboard the team’s tour bus to meet the rest of the team.

This took place prior to Manchester United’s Europa League Group E away leg against Moldovan side, Football Club Sheriff.

Cristiano Ronaldo hugs a little boy and takes him into the Manchester United team bus to meet the other players.

After a 1-0 home defeat to Real Sociedad in their first game of the 22/23 Europa League campaign, Manchester United recovered with a 2-0 away win over FC Sheriff.

Jadon Sancho opened the scoring for the Red Devils in the 17th minute while Cristiano Ronaldo converted a penalty in the 39th, scoring his first goal in Europe for this season.

The Portuguese captain will be highly motivated to increase his goal tally in European competitions after one of the records held by him had been broken by Lionel Messi this week.

Despite all the debate about which one of these players is the greatest, it can be agreed that they will both go down in history as icons. 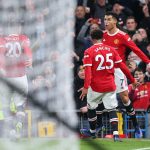 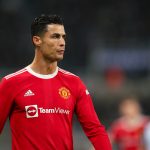 Ronaldo statue kicks up a fuss in India’s Goa 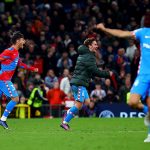 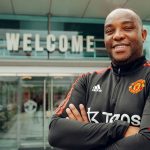 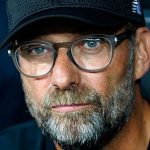