Johannesburg – FIFA said on Tuesday it had received complaints from South Africa and Benin after the countries suffered defeats last weekend which eliminated them from 2022 World Cup qualifying in Africa.

South Africa lost a Group G decider 1-0 in Ghana, who converted a disputed penalty after Daniel Amartey appeared to dive.

“We have received a complaint from the South African FA in relation to this matter and will review it,” a FIFA statement said.

South Africa want the match replayed and there is a precedent as they had a 2018 World Cup qualifying win over Senegal cancelled after scoring from a wrongly awarded penalty.

Senegal won the replay and went on to qualify for the finals in Russia.

Meanwhile, Benin are appealing a 2-0 loss to the Democratic Republic of Congo in Kinshasa, which cost them first place in Group J.

They say the Congolese made four substitutions on four separate occasions during the top-of-the-table clash.

FIFA regulations permit sides to make up to five substitutions during a match, but only during three windows.

“We have asked FIFA to take the relevant measures after this obvious violation of the rules,” a Beninese sports ministry official told reporters. 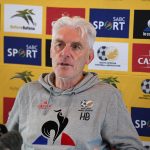 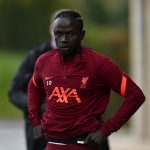 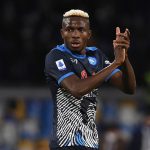