Dakar – Doubts over Senegalese talisman Sadio Mane being fit for the World Cup finals had a nation holding its collective breath on Wednesday with Senegal President Macky Sall tweeting: “Sadio, heart of a Lion! All my heart is with you!”

Mane limped off just after 20 minutes of Bayern Munich’s Bundesliga clash with Werder Bremen on Tuesday and the 30-year-old forward is due to undergo further scans on his leg on Wednesday.

Bayern coach Julian Nagelsmann said Mane had taken a blow to his right knee but French newspaper L’Equipe claimed it was a tendon injury and had ended his hopes of playing at the World Cup which gets underway in Qatar on November 20.

Bayern, though, said later on Wednesday it was too early to say he would miss the World Cup.

“Sadio Mane has suffered an injury to his right fibula,” the German champions said on Twitter.

“He is out of the match against Schalke on Saturday. Further examinations will follow in the next few days.

The two-time African player of the year – who finished runner-up to Karim Benzema for the Ballon d’Or award in October – is pivotal to the African champions hopes of progressing to the knockout stages.

“Sadio, I wish you a speedy recovery following your injury in the Bayern-Werder Bremen match,” tweeted Senegal’s President Sall.

“Like I said to you: Sadio, heart of a Lion! All my heart is with you! God bless you!”

Augustin Senghor, president of the Senegalese football federation, told AFP he was “worried”.

“We cross our fingers, we have been worried since we received the news yesterday.”

Senghor said that the team would just have to adapt if Mane failed to recover in time.

Senegal – who beat then world champions France in a group match on their way to the 2002 World Cup quarter-finals – are in Group A and begin their campaign against the Netherlands on November 21.

They follow up with a clash with hosts Qatar on November 25 and round off their group matches against Ecuador four days later. 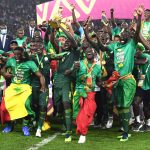 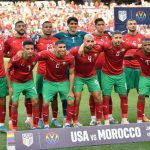