Cape Town – South African veteran sports broadcaster and commentator Dumile Mateza, popularly known as ‘Phesheya Phaya’, has died at the age of 62 due to cancer.

His family confirmed the news in a statement on Monday, according to Times Live.

“Our beloved succumbed to cancer on February 1, 2022. His passing brings an end to a remarkable career in sports, news actuality and magazine broadcasting. Dumile will be sorely missed by his wife, children and extended family. The Mateza family would like to extend heartfelt gratitude to all who carried them during the time Dumile was fighting for his life. When a loved one passes on, we are never prepared for the pain and grief. Lala ngoxolo Nala,” read the statement.

According to eNCA, Mateza began his career as a sports commentator at the South African Broadcasting Channel (SABC) in the 1980’s. This was after he quit teaching in 1979.

In his commentary, he was versatile in the sense that he was able to commentate in different South African languages, including Afrikaans, IsiXhosa, and IsiZulu. As a result of that versatility, his career in broadcasting quickly took off.

Tributes continue to pour in for the veteran commentator.

Take a look at some of the tributes below:

Saddened to hear of the untimely passing of veteran and iconic broadcaster and commentator Dumile Mateza, a wonderful colleague for many years during my tenure at SABC. Thank you for your passion and great influence on vernecular language broadcasting. #RIPDumileMateza pic.twitter.com/WUIdnU6SRT

#RIPDumileMateza wow what a talent we had on this father Rest well man I remember the boxing 🥊times wow man pic.twitter.com/0c9JCI67DC

Oooooh man 💔💔💔 The only man who could twang in Xhosa. May his soul rest in eternal peace#RIPDumileMateza https://t.co/eEkzGwv6XQ 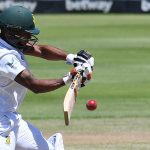