Sydney – Joe Root said Monday that he has “questions to answer” and will assess his future as England captain after the losing Ashes tour, as Ben Stokes insisted he has no ambition to take over.

Root will become his country’s longest-serving Test skipper at the fourth Test in Sydney on Wednesday, surpassing predecessor Alastair Cook’s 59 matches in charge.

But he is under pressure after three consecutive heavy defeats to Australia with some pundits, including Ricky Ponting and Geoff Boycott, scathing about his captaincy.

“Obviously it’s been very challenging and we’ve had a lot to deal with, not just on the field but off it, and we are just trying to manage it as best we can,” the 31-year-old Root said of the calamitous tour.

“I’ll look at my future beyond this tour at the end of it,” he added.

“I think there are questions for me to answer. I don’t think, as a distraction around the group, it should be something I’m wasting energy on now.

“I need to make sure I throw everything I can into these next two games. I owe that to this team and the players. That will give us the best chance of getting the results that we desire.”

There are few obvious candidates to replace him with vice-captain Stokes at the top of the pile, a move championed by former captain Mike Atherton, among others.

But the 30-year-old star all-rounder said that he was not interested and backed Root.

“I’ve never really had an ambition to be a captain,” he was quoted as saying by the BBC.

“Captaincy is more than about setting fields, picking the team, making decisions out there in the middle. A captain is someone you want to go out and play for. Joe Root is someone I always want to play for.”

Stokes has led England once previously, a Test defeat by West Indies in 2020 when Root was on paternity leave.

Atherton is among those who believes Root’s time is almost up and that Stokes could do the job.

“Root has been a good England captain and has always carried himself superbly and is an incredible ambassador for the sport,” he wrote in his column for The Times last week.

“But having done the job for five years and having had three cracks at the Ashes, including two awful campaigns in Australia, it is time for someone else to have a go.”

However, Stokes said he doesn’t believe Root is ready to give up the role.

“I don’t sense that at all with Joe,” he said. “He’s brought this team a long way. He’s done some great things.

“Obviously, this series hasn’t gone too well, not from a captaincy point of view but from a team and results point of view.

Stokes also backed beleaguered coach Chris Silverwood, who will miss the Sydney Test because of Covid.

“All the hype in the media recently about their futures, it’s your job to write that, but they know full well they have the support of everyone in there and that’s all that matters,” Stokes said. 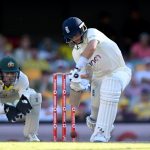 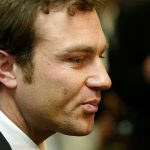 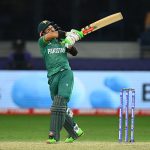 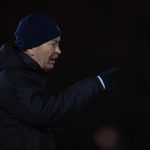 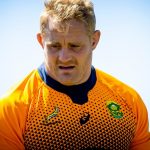