Douala – Chaos and controversy are no strangers to the Africa Cup of Nations but the image of the continental tournament was not helped by Wednesday’s bizarre events after the referee blew the final whistle too early in Mali’s win over Tunisia.

Zambian referee Janny Sikazwe, who had earlier given a penalty at either end and sent off a Malian player, blew the final whistle with five minutes remaining in the second half and then again with 13 seconds of the 90 minutes still to play, never mind the several minutes of stoppage time that should have followed.

What came next was chaotic. The post-match press conferences were interrupted by shouting from the adjacent corridor of the stadium in the Cameroonian city of Limbe as officials ordered that the teams would have to come back out to play three more minutes of the match.

Yet Tunisia decided not to bother returning to the field. Their coach, Mondher Kebaier, called the events “inexplicable” and said he had “never seen anything like it”.

The Tunisians’ refusal to come back out exposes them to the possibility of punishment from the Confederation of African Football.

“CAF is gathering all the necessary reports from the officials at the match and forwarding these documents to the competent bodies of CAF,” the body said in a statement on Wednesday.

The incident is the talking point so far of a tournament that has otherwise stood out for its exasperating lack of goals — just 12 in 12 games, four of which have been penalties.

Detractors might dismiss what happened as incompetence on the part of Sikazwe, but the 42-year-old Zambian is one of Africa’s foremost referees – he took charge of the 2017 Cup of Nations final between Cameroon and Egypt in Gabon.

In any event such incidents are not confined to the AFCON.

Only last April, the referee in a La Liga match between Sevilla and Granada in Spain blew the final whistle earlier than he should have done, realised his mistake and ordered the players back out to play one more minute.

At the very least, the AFCON does have the ability to throw up unexpected twists.

At the 2015 tournament in Equatorial Guinea, Mali and Guinea ended the group stage with identical records leaving CAF to organise a surreal drawing of lots in a Malabo hotel meeting room – Guinea emerged victorious on that occasion.

There have been plenty far more serious incidents, chiefly the deadly attack on the Togo team bus during the 2010 tournament in Angola.

On Wednesday, security was again at the forefront of organisers’ minds as the match between Tunisia and Mali was one of two played in Limbe in Cameroon’s southwest region, one of the country’s two anglophone regions that are the theatre of a conflict between separatists and government forces.

Members of the military were on patrol all along the road from the economic capital Douala to Limbe, situated on the Gulf of Guinea coast near to the imposing Mount Cameroon.

Cup of Nations organisers face many challenges, with the coronavirus pandemic the biggest facing the 2022 edition, which was delayed by 12 months by the health crisis.

So many of the players involved in the tournament now play for European clubs, who are rarely happy at the prospect of releasing key members of their squads in what is the middle of their season.

Liverpool manager Jurgen Klopp, who has lost Egypt’s Mohamed Salah, Senegal’s Sadio Mane and Guinea’s Naby Keita for up to a month, recently stoked controversy by calling the Cup of Nations a “little tournament”.

His comments were actually clearly ironic, but leading European clubs did threaten to refuse to release players for the tournament under the pretext of concerns about the Covid protocols in place.

That raised the prospect of another late postponement which was dismissed by CAF, and the continent’s biggest stars are all in Cameroon.

“It’s not up to the clubs because we are playing for our country and it is a big tournament like the Euro or Copa America,” pointed out Manchester City’s Riyad Mahrez, the captain of titleholders Algeria. 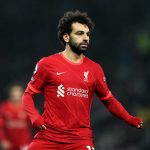 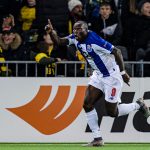 Star strikers should enable hosts Cameroon to top Group A 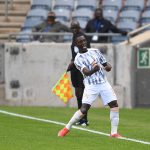