Cape Town – In what could most likely be the bombshell in Africa’s football, Al Ahly head coach Pitso ‘Jingles’ Mosimane could possibly leave the club this week if the current negotiations for a new contract are not resolved.

Mosimane’s camp are demanding to have a ‘protection clause’ in the new contract, however, the Egyptian giants are not willing to come to terms.

According to iDiski Times contract renewal talks between Mosimane and Ahly reached a stalemate last week and it is believed that the only way for the situation to change or improve, is if the two parties find each other and move forward by agreeing the terms of the new contract.

In what could most likely to be the bombshell in African football, Al Ahly head coach Pitso Mosimane could possibly leave the club this week if the current negotiations for a new contract are not resolved. By @Velile_Mnyandu https://t.co/1NBxbzg46S pic.twitter.com/r7hCrReRCI

Meanwhile, The Citizen newspaper’s soccer supplement Phakaaathi reports that Al Ahly are looking to bring former Zamalek coach Jesualdo Ferreira back to Egypt should Mosimane decide to leave the club.

Ferreira won the Egyptian Premier League and the Egyptian Cup in his only one season with Zamalek. He left Zamalek before the contract’s expiration date after a fall out with then club chairperson Mortada Mansour.

The 75-year-old is currently without a club after leaving Portuguese side Boavista in June. Prior to that, he had stints with Al Sadd of Qatar and Brazil’s Santos.

Nothing would surprise me concerning Al Ahly .. they are known for firing and hiring coaches with ease 😏

Should Jingles leave the Club of the Century he would be not short of suitors with reported offers from Al Wahda while locally struggling Soweto-giants might be waiting to pounce on him. 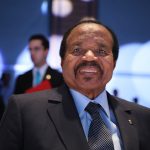