The stats of Ian Foster’s tenure as All Blacks coach don’t look good as the debate rages over whether the under-fire Kiwi should be sacked.

The 32-22 defeat by Ireland on Saturday in Wellington was the seventh loss in 24 Tests for Foster in charge of New Zealand, with his overall win percentage falling to a worrying 67%.

The weekend’s woes also resulted in the Kiwis’ first home series defeat since 1994 – a fourth Test defeat in the All Blacks’ past five outings – that has sparked an urgent review by New Zealand Rugby.

Only five All Blacks coaches in history have had a lower success rate, while Laurie Mains was just slightly better than Foster, winning 68% of his Tests during his three-year stint (23 wins, one draw and 10 losses).

It doesn’t help the 57-year-old’s cause that his predecessor Steve Hansen – with whom he worked for as an assistant – boasted an incredile 87% win rate, with 93 wins in 107 Tests and guiding the All Blacks to Rugby World Cup glory in 2015.

When Foster took over from Hansen, the All Blacks’ all-time win rate stood at 79% – it has since dropped to 78%.

Here are the charts, extracted from an analysis on Stuff.co.nz, that tell the tale of Foster’s troubled reign: 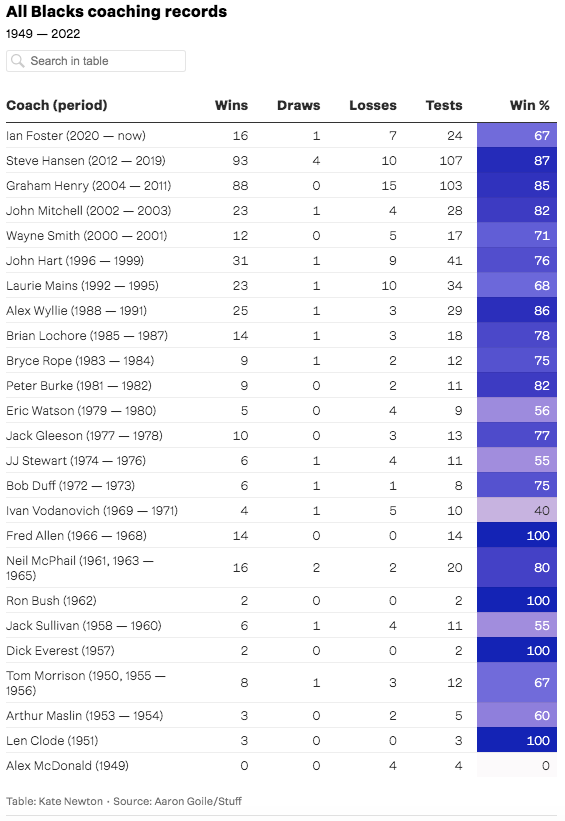 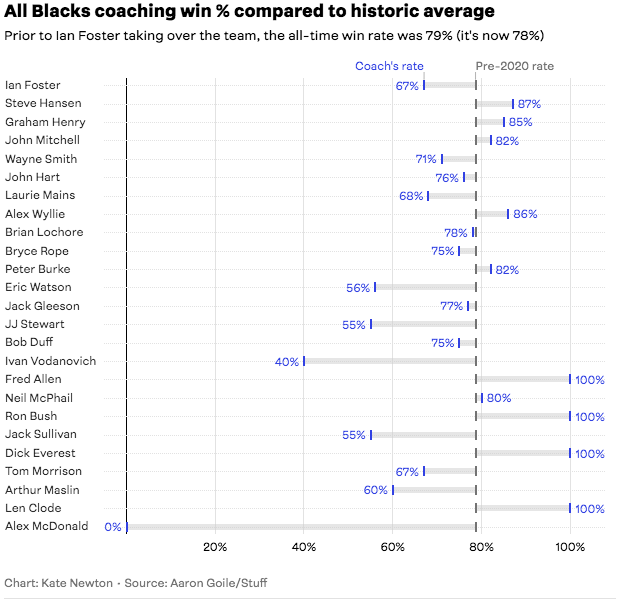 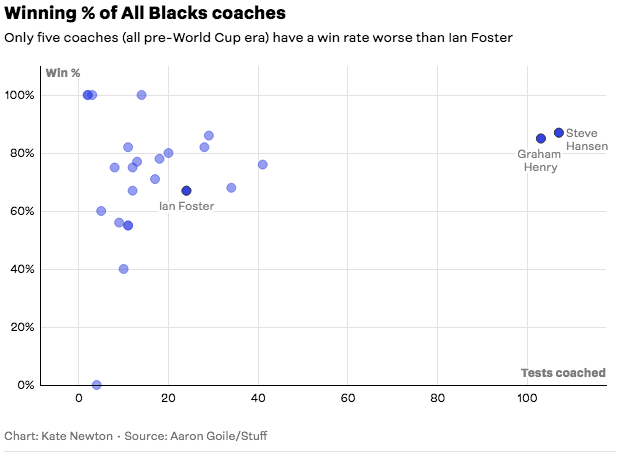 All Blacks brace for ‘bully’ South Africans in historic clash