Johannesburg – Spain’s Angel Hidalgo held a one-shot clubhouse lead at the Joburg Open on Thursday with a raft of players still to complete their first rounds after play was suspended due to lightning.

One of those players setting their alarm clock for an early start Friday was Thriston Lawrence who joined Hidalgo at six under after 17 holes.

The event raises the curtain on the 2022 season for the European Tour which has been rebranded as the DP World Tour.

England’s Ashley Chesters was a shot off the lead after completing his round at Randpark Golf Club.

Hidalgo, 23, is on the hunt for his first weekend appearance on his fourth DP World Tour event after beating his previous lowest round by six shots.

“It gives me a lot of confidence,” he said. “It’s a privilege to be playing here with the best and let’s start the party.”

He added: “It was so fun. I was a little bit nervous in the morning but I started really good and that gave me the opportunity to have fun and make some putts.

“I think I made 24 putts or something like that. It was absolutely the key, the last few weeks I was putting so bad and I don’t know why but today it changed a lot.”

With a clubhouse target at four under to aim for Hidalgo, starting on the 10th tee, rose up the leaderboard, birdieing the 12th and 13th and making an eagle on the par five 14th.

He dropped a shot on the next but got it back on the 16th and another gain on the 18th saw him turn in 31 and lead on his own.

A bogey on the first put him back in a share but he reclaimed the shot on the sixth and took the solo lead thanks to an approach to four feet at the ninth.

‘Tour like no other’ ends in dramatic Springboks triumph 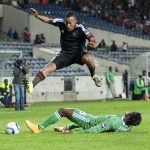 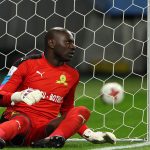