According to BBC, Eguma was abducted in south-eastern Nigeria on June 15.

The incident happened while he was on his way back from an away match against Adamawa united played in Gombe state in the northern part of the country, police said in a statement.

Two men who travelled with Egula said their vehicle was forced to the side of the road and they were forced out of the car. The kidnappers then drove off with Eguma in the vehicle.

Enugu State Commissioner of Police, CP Mohammed Aliyu has ordered that no stone should be left unturned in the already launched full-scale investigation to rescue Rivers United head coach Stanley Eguma who was abducted on Tuesday at Enugu/PH Expresssway. pic.twitter.com/dKAQR42VAR

A source close to the coach told PUNCH: “The coach did not return with the team on Tuesday but that’s all I can tell you. We hear he has been kidnapped but we are waiting to hear officially from the club management.”

The report said that kidnappings of footballers and officials, as well as their relatives, had become a common occurrence in Nigeria, with Eguma the second NPFL coach to be kidnapped — after Abdulahi Biffo — in two years. 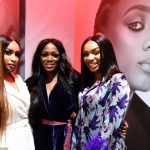