Johannesburg – Ghana inflicted another setback on Nigeria with a 2-0 victory over their fierce rivals in an African Nations Championship (CHAN) second round first leg on Sunday.

Nigeria suffered a shock loss to Ghana last March in a play-off to decide which country qualified for the 2022 World Cup in Qatar.

Outsiders, especially after being held 0-0 at home in the first leg, Ghana forced a 1-1 draw in Nigeria to win on away goals and book a fourth World Cup appearance.

In the Nations Championship, which is restricted to footballers playing in their country of birth, Daniel Barnieh converted a penalty to maintain a goal-a-game CHAN record.

Barnieh scored in both legs of a 4-0 overall first round victory over Benin while Nigeria received a bye.

The return match is scheduled for Abuja next weekend with Nigeria needing to win the second leg by at least two goals to have a chance of reaching the 18-nation finals in Algeria.

Ghana have a mixed CHAN record – finishing runners-up in two of the first three editions but failing to qualify for the last three tournaments.

Nigeria have been equally inconsistent, qualifying only three times in six attempts and crashing 4-0 to hosts Morocco in the 2018 final.

South Africa fielded a weakened team due to club commitments and fell 2-0 to Angola in Luanda, where Augusto Carneiro scored in the first half and Jaredi Teixeira after half-time.

The South Africans have a dismal CHAN record, qualifying only once, with their second finals appearance due to them being the 2014 hosts.

They were eliminated by Angola in the 2016 qualifiers and a similar fate awaits them next Sunday unless they bolster a young, mainly inexperienced squad.

Travis Mutyaba netted one minute from time to give Uganda a 1-0 win over Tanzania in an east African derby in Dar es Salaam.

Uganda share with the Democratic Republic of Congo and Zimbabwe the record of most qualifications — five from six attempts.

But the Ugandans have continually disappointed at the finals, winning only one of 15 matches and losing nine while making first round exits each time.

There were several first leg surprises, including Equatorial Guinea edging visiting Cameroon 1-0 in Malabo and the Central African Republic defeating Congo 2-1 in Brazzaville. 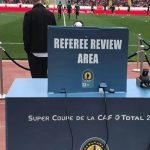 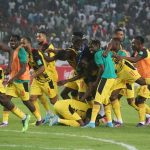 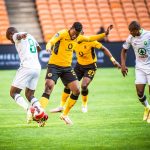 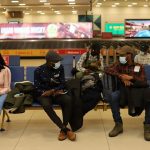