African debutants Future FC of Egypt and Royal AM of South Africa will be among 48 clubs challenging Caf Confederation Cup title-holders Renaissance Berkane of Morocco this season.

While the length of the continent separates them geographically, Future and Royal share the advantage of being well supported financially by owners desperate to make an impact in Africa.

Berkane will not be easily conquered, though, in a season that kicks off on Friday, having reached three of the last four finals and won two.

Here, AFP Sport lists five things to know about a competition launched in 2004, which is the African equivalent of the Uefa Europa League.

Based in the northeastern citrus-growing region, Berkane are known as the Orange Boys and have shown consistent improvement since a disappointing Confederation Cup debut seven years ago.

They lost the 2019 final on penalties to Zamalek, beat another Egyptian club, Pyramids, in the next title decider and edged Orlando Pirates of South Africa on penalties in the 2022 final.

Moroccan clubs usually hire local, north-African or European coaches, but the latest Berkane success came under the guidance of Florent Ibenge from the Democratic Republic of Congo.

Durban-based Royal burst on to the South African scene last season, finishing third in their Premiership debut, ahead of traditional giants Orlando Pirates and Kaizer Chiefs.

But the departures have not stopped a club funded by TV personality and businesswoman Shauwn Mkhize from being among those setting the pace in the new league season.

Confederation Cup slots go to the clubs finishing third and fourth, but the Caf deadline for entries fell midway through the season so Future qualified as they were fourth at that stage.

Former Zamalek goalkeeper Mahmoud ‘Genesh’ Abdel Rahim is the best-known member of a squad that includes stars from Cameroon, Ghana, Madagascar and Tunisia.

The closest a Nigerian club came to winning the competition was in 2005 when now defunct Dolphins finished runners-up to Moroccan opponents FAR Rabat.

No team from the most populous country in Africa has reached the final since and the chances of Kwara United or Remo Stars doing so this season are slim.

Kwara will face Berkane if they eliminate Douanes of Niger while Remo have a tough preliminary hurdle to clear in the shape of FAR.

Tunisian team CS Sfaxien hold the record for Confederation Cup titles with three, but they have performed poorly in recent campaigns.

They made a humiliating exit in the qualifying phase three seasons ago, and exited in the quarter-finals the following year and in the group stage last season.

Unless Sfaxien improve under coach Karim Dalhoum and captain/goalkeeper Aymen Dahmen, the chances of the trophy coming to Tunisia for a sixth time are remote. 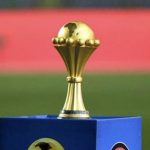 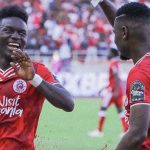 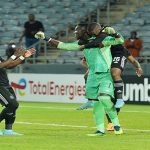 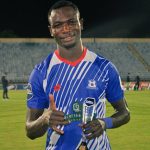 Several Sundowns players suffered flu ahead of match against Royal AM 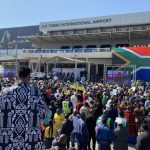