Yaoundé – Confederation of African Football president Patrice Motsepe arrived in Cameroon on Monday and said he wanted to make next month’s troubled Africa Cup of Nations in the country “a success”.

The CAF chief’s visit comes against a backdrop of persistent rumours that the January 9-February 6 continental showpiece could be called off or delayed again.

The tournament has already suffered a year-long delay due to the Covid-19 pandemic.

Before talks with Cameroon president Paul Biya and an inspection of Yaounde’s Olembe stadium, Motsepe said: “We are very sure of our commitment to make (the tournament) a success in Cameroon.”

His visit comes a week after Europe’s top clubs threatened to refuse to release their African players for the event due to concerns over the Covid-19 health protocol.

Many of Africa’s leading players are based at clubs in Europe, including Liverpool duo Mohamed Salah and Sadio Mane, Riyad Mahrez of Manchester City and Achraf Hakimi and Idrissa Gana Gueye of Paris Saint-Germain.

The European Club Association made its concerns known to FIFA in a letter seen by AFP.

The ECA also raised concerns about the danger of players being unavailable for even longer periods due to the potential for travel restrictions or mandatory quarantine being introduced, in particular due to the emerging threat posed by the Omicron variant of the coronavirus.

Supporters attending matches at next month’s tournament will be required to show proof of vaccination and present a negative Covid-19 test result, officials announced last week. 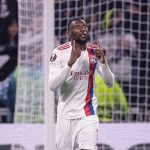