According to Sowetan Live, Cele claimed during the State of the Nation Address (SONA) debate on Monday that Malema met with Sitole in December 2020 to plot his removal from Cabinet.

“There was a meeting between yourself [Malema] and the national commissioner… the plan and the plot was hatched that I must be changed,” said Cele as quoted by the report.

“We are not going to entertain the childish accusations that were made against the commander in chief about the plot to remove a certain minister,” the report quoted Shivambu as saying.

“If we were to do that as well, we were going to spread gossip here and say that there are ministers who hire Nkabis (hitmen) to kill members of Parliament who are about to expose them of corruption. We are not going to do it today, we’ll do it once we have gathered proper facts,” said Shivambu.

Sitole, on the other hand, refuted Cele’s claims, but admitted that he did meet with Malema to discuss potential threats against Malema, EWN reported.

Sitole went on to say that at the time of the meeting, he assumed Cele was aware of the meeting and its agenda because it was facilitated by Cele’s deputy Cassel Charlie Mathale.

“The national commissioner confirms that he met with Julius Malema, a meeting which was initiated by the ministry of police and the meeting was held specifically at the behest of the Deputy Minister of Police Cassel Charlie Mathale. The Deputy Minister requested General Sitole to meet with Malema to address potential threats against the EFF leader,” the report quoted Sitole as saying.

On the second day of the debate, according to News24, Deputy Speaker Lechesa Tsenoli asked Cele to withdraw his accusations, and he did.

Tsenoli also asked Shivambu to retract his remarks in which he called Cele “useless”, and he did. 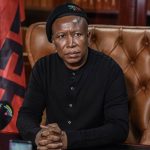 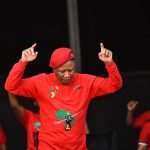 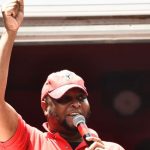 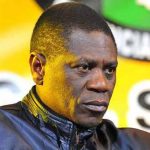