Cape Town – The Economic Freedom Fighters (EFF) leader Julius Malema trended on social media this week after he appeared on the popular Podcast and Chill with MacG and spoke about politics, his social life and some intimate details.

The episode reached over 500 000 views within 24 hours of its release, surpassing the views of the Molemo “Jub Jub” Maarohanye’s most viewed episode.

Malema spoke about his political history, revealing how he took an interest in politics from a tender age of nine and was soon elected chairperson of the Youth League branch in Seshego, and then regional chairperson at the age of 14.

The leader of the Red Berets went on to talk about his role in the African National Congress Youth League (ANCYL), the respect he had for Winnie Mandela, corruption in government, and the of course his own political party and goals.

He didn’t leave behind President Cyril Ramaphosa, who has become his party’s latest mission, as they plan to put together a vote of no confidence against him.

Malema also reprimanded MacG who’s known for casually speaking to his guests. MacG had commented on how beautiful Malema’s wife was, to which Malema quickly responded: “You don’t say another man’s wife is beautiful”.

He later acknowledged that he knew the Dudula Operation and not Dlamini. He describe the movement as a reflection of self-hate, as he accused it of targeting black foreigners whom he said were already hated all over the world.

However, what trended the most out of all the topics discussed, was Malema’s revelation that blacks were afraid of white people.

He said this was because black people were traumatised by whites.

Malema admitted that he too got scared of the whites when in their presence, and that his attitude changed when approaching them. But, he added, his political consciousness always then kicked in and reminded him that there was no reason to fear them.

Here are some of the reactions on social media

This is true for many Black people, and the reason is that we were conditioned to look at white people as some superior beings…all of this was done on purpose because they know what we are capable of without those mental chains.

Im with @Julius_S_Malema but my first reaction is not fear, it’s anger, I then have to bring myself back and say ‘ these are not the same uncivilised whites, these ones are civilized and proper. They have conscious until some of them prove me wrong 🤣

I could listen to Julius Malema speak all day, his perspectives and opinions challenge my way of thinking. That man is one of the very few iconic political minds of our era who can make us see the world differently and in turn initiate change #podcastandchillwithmacg

Those few seconds before your consciousness recovers from fear are dangerous… 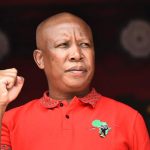 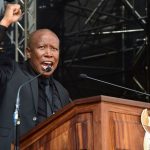 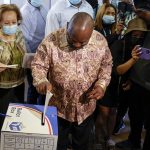 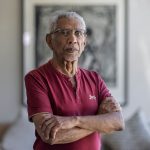 ‘Everything shows ANC has lost contact with the ground,’ says Mac Maharaj as SA celebrates freedom