Famed for the beauty of its mountainous terrain, the country that styles itself the “Kingdom in the Sky” has long been beset by political turmoil, with coups and attempted coups dotting its history since independence from Britain in 1966.

For the past 10 years it has been ruled by coalition governments that have proved fractious and frail, with no premier serving out a full five-year term.

Thousands of people, some wrapped in traditional shepherd’s blankets, gathered around large marquees set up on mountain plateaus for campaign rallies over the weekend.

The All Basotho Convention (ABC) has been the leading party since the last elections in 2017.

But current Prime Minister Moeketsi Majoro is not seeking another term, as he was ousted as party head earlier this year.

His predecessor Thomas Thabane was forced to step down in 2020, after being accused of ordering the murder of his estranged wife. Charges against him were dropped in July.

The ABC’s new leader, former health minister Nkaku Kabi, will square off against an array of contenders.

These include Mathibeli Mokhothu, who heads Lesotho’s second largest party, the Democratic Congress, and Sam Matekane, a millionaire believed to be the country’s richest man who could be a dark horse, according to analysts.

No one is expected to win outright.

That could make it difficult to push through much needed reforms.

The outgoing parliament failed to pass a law on electoral reform aimed at ending political volatility, which would have prohibited lawmakers from switching party allegiance within the first three years of their tenure.

“Our government is haphazard. Coalitions just seem to eat our institutions from inside out,” said Tsoeu-Ntokoane.

With a population of about two million people, Lesotho is surrounded by South Africa, which relies on it for essential water supplies to Johannesburg and other cities.

It ranks among the world’s poorest countries, with more than 30 percent of its population living on less than $1.90 a day.

About one in three children are stunted due to malnutrition, according to the UN.

And almost one in four people is infected with HIV, the second highest rate in the world.

A constitutional monarchy ruled by King Letsie III, who has no formal power, it has a mixed parliamentary system.

Eighty lawmakers are voted in by constituents, while another 40 seats are distributed proportionally.

A party needs more than 61 of the 120 seats available to rule without being forced into a coalition.

Only 47 percent of registered voters bothered to cast their ballot in 2017. But observers say turnout might be higher this year.

The ABC and the DC have filed relatively young candidates – Kabi and Mokhothu are both under 50s – which could help inspire a larger share of the electorate.

And Matekane, the 64-year-old outsider, has drawn large crowds at party rallies in recent weeks, which sometimes saw him land from a helicopter.

International observers will monitor the vote. 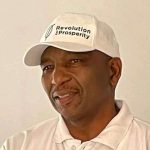 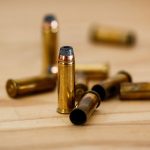 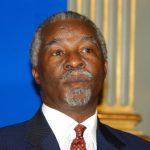 South Africa’s Thabo Mbeki at 80: admired on the continent more than at home