N’Djamena – Two Chadian troops have been killed fighting jihadists in the Lake Chad region, whose marshlands are a bolthole for Islamist fighters, President Mahamat Idriss Deby Itno said on Monday.

“Our brave forces have just repelled an attack by the shadowy Boko Haram sect in the Bol area,” 300km (180 miles) from the capital N’Djamena, he said on Twitter.

“Two soldiers fell while carrying out their duty,” he said, adding that “about 10 terrorists also died”.

An insurgency by Boko Haram jihadists erupted in northeastern Nigeria in 2009 before spreading to neighbouring Cameroon, Niger and Chad, which border the lake.

More than 36 000 people, most of them Nigerians, have died, and three million people have fled their homes, according to UN figures.

Boko Haram is fighting a dissenting group, the Islamic State West Africa Province, or ISWAP. The Chadian authorities use “Boko Haram” as a general term for jihadists. 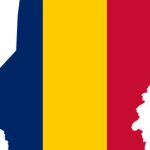