Johannesburg – South Africa’s prison service, which ordered the release of former president Jacob Zuma on medical grounds, said on Wednesday it was challenging a court decision to send him back to jail.

Zuma, 80, was released from prison last month at what DCS said was the end of his 15-month sentence for contempt of court.

Just in: Department of correctional services to apply to appeal the judgment about medical parole of former President Zuma. “Having carefully studied the judgement, Correctional Services is convinced that another court may arrive at a different conclusion.” pic.twitter.com/FcpQSPE8kQ

He was convicted in June 2021 for stubbornly refusing to testify before a commission investigating corruption during his 2009-2018 presidency.

His incarceration in July last year sparked an unprecedented wave of violence and looting, amid rampant inequality, leaving more than 350 dead.

Barely two months later he was released on health grounds and placed under judicial supervision.

The prison service official granted the conditional release against the advice of the prisons medical committee.

The Supreme Court of Appeal ruled Monday that Zuma’s release was against the law and that he should return to the Estcourt Correctional Center in the eastern KwaZulu-Natal province.

The Bloemfontein-based court is the country’s second highest court after the Constitutional Court.

The former head of state has denounced the “cruelty” of the demand that he return to prison.

According to multiple medical reports submitted to the court, he suffers from problems linked to blood pressure, high blood sugar levels and serious colon damage.

In recent weeks he has appeared in public several times, dancing and singing in front of his supporters. 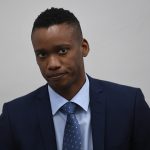 Key points from report into graft under Jacob Zuma