Libreville – Sao Tome on Thursday ordered an investigation into allegations that soldiers committed “cruel, degrading and inhumane acts” against detainees accused of seeking to mount a coup in the tiny African state.

Four people were killed on Friday last week when the military thwarted an attempt to seize power, according to the authorities.

The detainees had identified opposition leader and former parliament speaker Delfim Neves, as well as a former mercenary and opposition figure named Arlecio Costa, as the “sponsors” of the operation, he added.

The authorities then arrested Neves and Costa.

The same day, photos and videos were circulated widely online, purportedly showing men in military uniform brutally interrogating and torturing three of the detainees, as well as Costa. AFP was unable to independently verify the footage.

Just two days later, the armed forces chief of staff said three of the four detainees had died of wounds sustained in an “explosion” and that Costa had died after he “jumped from a vehicle”.

The government ordered “the judicial authorities to investigate cruel, degrading and inhumane acts carried out against individuals at army headquarters images of which have shocked and outraged society,” news agency STP-Press quoted it as saying.

The government said the alleged violations were carried out against “individuals implicated in the coup attempt and assault against army headquarters” on Friday last week.

He mentioned the sharing of shocking images, and said he could not “accept such atrocities and acts of treason that harm the homeland”.

Neves on Wednesday said accusations that he sought to mount a coup were a “sham” and a bid to destroy him.

“All this is just a sham, a show… aimed at physically eliminating people who can be politically troublesome, which includes me,” he said at a press conference, after being released on bail on Tuesday.

“What would be the point of the government organising a coup d’etat against itself just 15 days after taking power?” he asked.

Sao Tome and Principe is a Portuguese-speaking archipelago off central Africa that has a strong reputation for democracy and stability.

But details about what happened on Friday and the following days remain unclear.

Several people and NGOs from Sao Tome have questioned what they call “grey areas” in the timeline of events.

“They killed the living proof” of what had happened, Neves said, referring to Costa and the three dead detainees.

“The accuser (the fourth detainee) was left alive to say that Delfim Neves was one of the ringleaders behind this plot,” he charged.

“If people hadn’t mobilised quickly to get me out of the barracks at 5:30 a.m., Delfim Neves would have been dead the following day as well.”

Costa once served in a notorious South African mercenary outfit, the Buffalo Battalion, which was disbanded at the end of apartheid in 1993. He had been previously accused of an attempted coup in Sao Tome in 2009.

The government has also announced it will launch investigations into the coup bid.

The European Union on Tuesday added to pressure for transparency, saying the probe should “shed light on the facts… in line with human rights and democratic values”.

Neves lost his position as speaker on November 11 when the new National Assembly was installed following elections in September.

The vote was won with an absolute majority by Trovoada’s centre-right Independent Democratic Action (ADI) party. He returned to the top job for a third time.

The ADI is one of two major parties that have vied to run the nation since independence from Portugal in 1975, along with the Movement for the Liberation of Sao Tome and Principe-Social Democratic Party (MLSTP-PSD).

He arrived in third place and alleged “massive electoral fraud” had taken place. 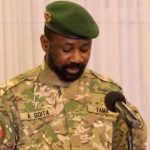 Tear gas fired at Burkina protesters from inside French embassy 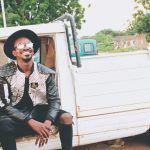 The coups, the Judge and ‘The Trial’: Burkinabe bar pokes fun at chaos