Tunis – Tunisia’s president told the US secretary of state that his country was preparing to come out from its “exceptional situation”, the presidency said on Sunday, almost four months after a shock power grab.

On July 25, President Kais Saied sacked the government, suspended parliament and seized an array of powers, citing an “imminent threat” to the country – the birthplace of the 2011 Arab Spring uprisings against autocracy.

On September 22, he suspended parts of the constitution and installed rule by decree, maintaining full control of the judiciary as well as powers to sack ministers and issue laws.

Tunisia is “preparing the next (political) stages” in order for it to “come out of the exceptional situation” in which it finds itself, Saied told US Secretary of State Antony Blinken in a telephone call late Saturday, emphasising his “will” to return the country to a “normal situation”.

Saied told Blinken he had acted in the face of a Tunisian parliament that had “turned into a theatre for confrontation”, according to a presidency statement, adding that Tunisia’s economic and social difficulties were “the main problem”.

Tunisia is heavily in debt and facing a deep economic crisis exacerbated by the coronavirus crisis, with 18 percent unemployment and steep inflation.

In mid-October, a central bank official was reported as saying the North African country was in talks with Gulf powerhouses Saudi Arabia and the United Arab Emirates for a bailout.

The US State Department said that Blinken and Saied covered “recent developments in Tunisia, including the formation of the new government and steps to alleviate the economic situation”.

Blinken said in a tweet that he “encouraged a transparent and inclusive reform process to address Tunisia’s significant political, economic, and social challenges”.

But he has significantly pared back the powers of her office and will technically head the administration himself.

Some of his opponents have accused him of seeking a new dictatorship, but the president’s supporters say his moves were needed after years of deadlock among political parties seen as corrupt and self-serving. 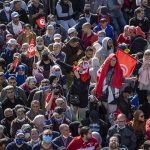 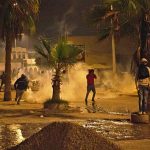