Obiang is all-but-certain of winning a record sixth term in a country with next to no opposition.

The 80-year-old leader has been in power for more than 43 years – the longest of any head of state alive today, excluding monarchs.

Voters took to the polls on Sunday and Obiang has so far won 44.2 percent of votes cast in nearly half the country’s polling stations, the ministry’s figures showed.

Andres Esono Ondo – from the only tolerated opposition party, the Convergence for Social Democracy – was trailing far behind with a 1.34 percent share.

Buenaventura Monsuy Asumu of the Social Democratic Coalition Party (PCSD), a historic ally of the president’s party, was even further back with 0.35 percent.

The final results are set to be announced on Saturday.

Obiang appears set for victory with the backing of a coalition of 15 parties, including his all-powerful ruling Democratic Party of Equatorial Guinea (PDGE).

The PDGE, which was the country’s only legal political movement until 1991, holds 99 of the 100 seats in the outgoing National Assembly and all 70 Senate seats.

At the last presidential election in 2016, Obiang was re-elected with 93.7 percent of the vote.

Obiang seized power in August 1979, toppling his uncle, Francisco Macias Nguema, who was then executed by firing squad.

Firmly suppressing dissent and surviving a string of attempted coups, he has remained at the helm of the oil-rich central African state ever since.

His lengthy spell in power means Obiang is just the second president in Equatorial Guinea’s history since it gained independence in 1968 from Spain, its colonial power for nearly two centuries.

The discovery of off-shore oil in the mid-nineties turned Equatorial Guinea into Africa’s third-richest country in terms of per-capita income.

But the wealth is concentrated in the hands of just a few and four-fifths of the population of 1.4 million live below the poverty line, according to the latest available World Bank figures.

The country also has a reputation for graft, ranking 172 out of 180 nations on Transparency International’s 2021 Corruption Perceptions Index. 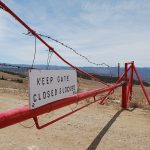 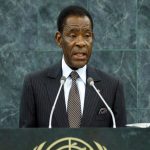 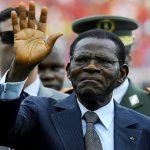