Bamako – Allied ex-rebels who signed a peace deal with Mali’s government in 2015 have voiced alarm at what they call the pact’s “abandonment” by the junta-led government installed after a coup nearly two years ago.

In a statement on Sunday, the Coordination of Azawad Movements (CMA), a coalition of Tuareg and Arab nationalist groups from the desert north, also warned of a “continuing deterioration of the socio-political situation” in Mali.

A rebellion against the Bamako authorities erupted in northern Mali in 2012 on the heels of jihadist and breakaway insurgencies.

In 2014, the CMA was formed and a year later signed a peace and reconciliation accord in Algiers with the Malian government.

The CMA statement followed a meeting of alliance members on Saturday and Sunday in the northern town of Kidal, which was also attended by Malian administrative authorities and representatives of the UN Mission in Mali (MINUSMA).

The rebels also protested at attacks on civilians in the poor, landlocked country, which has plunged into political disarray, including successive coups in August 2020 and May 2021.

The government has adopted a timetable for transiting back to civilian rule in 2024, but political upheaval has gone hand in hand with the security crisis.

Brutal attacks, which spread to central Mali and into neighbouring Burkina Faso and Niger, have left thousands of civilians and military dead and displaced hundreds of thousands of people.

The CMA “condemns all forms of violence and terror exerted on the civilian population (and) deplores the absence of an appropriate response to this dramatic situation”, the statement said.

It “notes with concern the abandonment of the implementation of the (Algiers) Agreement since the advent of the transition and reserves the right to draw all the necessary conclusions.”

Back in March, the CMA said it regretted “the total lack of progress” in implementing the agreement under the transitional authorities.

The Algiers agreement provides for the integration of ex-rebels into the Malian defence forces as well as greater autonomy for the country’s regions.

The deal is considered by many analysts to be crucial for stabilising Mali, but its application remains embryonic.

The weekend meeting also saw a change at the head of the CMA.

Bilal Ag Acherif was replaced by Alghabas Ag Intalla, presented as close to Iyad Ag Ghaly — the Tuareg leader of the Support Group for Islam and Muslims (GSIM), the main jihadist alliance in the Sahel and which is linked to Al-Qaeda. 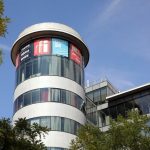