Lilongwe – Police in Malawi fired teargas to disperse thousands of protestors demonstrating on Friday against the cost of living, corruption and nepotism in government.

Around 10 000 people led by former lawmaker Bon Kalindo were teargassed midway through a march to the council offices in the capital Lilongwe to present a petition.

Kalindo slammed the police for quashing a lawful protest.

“In a democracy set-up, this is shameful,” he said. “We got permission to demonstrate and this is uncalled for.”

The demonstrators regrouped and handed in a petition giving government 14 days to respond.

“We can assure them, the issues are already being attended to,” he told AFP.

“Regrettably, it’s something that cannot be addressed in 14 days. It involves recalibration of our systems”.

There is growing disillusionment with president Chakwera’s government, more than a year after he won a historic court-sanctioned election rerun.

Friday’s protests were the first major signs of dissent since Chakwera came to power, inheriting an almost bankrupt economy in the middle of the Covid-19 pandemic.

“This cannot be solved in a year or two and…. there is a general feeling of discontent,” said University of the Witwatersrand University researcher Michael Jana.

“Unfortunately, the government does not seem to have a clue to solve the problems,” he said. 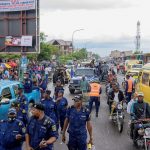 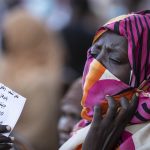