Conakry – Former Guinean dictator Moussa Dadis Camara and several co-defendants were sent to prison on Tuesday, a day before their trial opens for the 2009 stadium massacre, their lawyers said.

The prosecutor had “our six clients taken to the central house (prison) where they will apparently be held until the end of the (trial)”, Salifou Beavogui, one of the lawyers, told journalists outside the court.

“Very unfortunately, the trial is beginning with the violation of the defendants’ rights,” he said.

An AFP correspondent saw a minibus – surrounded by several pick-up trucks – speed away from the brand-new court built especially for the trial.

Captain Camara and 10 other former military and government officials are due to appear in court Wednesday at 10:00 am (local and GMT).

A handful of defendants have already been detained for years. Those who were still free were detained on Tuesday after being summoned at around midday.

Former Guinean dictator, Moussa Dadis Camara, and several of his co-defendants were sent to prison on Tuesday, after a brief court appearance. | 🔗 https://t.co/J7gxnj3RfN#ChannelAfrica pic.twitter.com/s5e8iAgpPk

On September 28, 2009, and in the days that followed, security forces loyal to the then-junta leader slaughtered more than 150 people and raped at least 109 women at a political rally in a Conakry stadium, according to a report by a UN-mandated international commission.

The real figures are likely higher.

Tens of thousands of opposition supporters had gathered in the stadium to peacefully demonstrate against a possible election bid by Camara, who had come to power in a December 2008 coup before being sworn in as president.

Numerous testimonies report how the presidential guard’s Red Berets, police officers and militiamen entered the stadium around noon, cordoned off the exits and opened fire indiscriminately on a crowd that had previously been festive.

Waiting for a trial

The killers attacked unarmed civilians with knives, machetes and bayonets, leaving the stands, corridors and grass strewn with the dead and dying.

They sexually assaulted and then killed many women. Others were trampled to death in the panic.

International investigators found the abuses could qualify as crimes against humanity, noting the brutality went on for several days against sequestered women and male detainees who were tortured.

On the eve of Wednesday’s trial, Amnesty International released a report calling for better protection for rape victims in Guinea and the “urgent” adoption of a comprehensive law on gender-based violence.

Camara, who had been living in exile in Burkina Faso, returned to Conakry on Saturday night to stand trial.

Relatives say he intends to “clear his name”.

ALSO READ | Guinea trial to start on anniversary of 2009 massacre

Despite recurring commitments under former president Alpha Conde’s regime, victims and relatives have been waiting for the trial for 13 years.

Human rights defenders have also been pushing for justice, as well as the International Criminal Court.

Delays by those in power and the impunity for security forces that had become an “institution”, according to the commission, long cast doubt on the chances of a trial.

Then the head of the current military junta, Colonel Mamady Doumbouya, who came to power in a putsch in 2021 after 11 years of civilian rule, in July demanded the trial be held before the next anniversary date.

Victims’ groups hope the opening will not just be a show before the trial is adjourned.

Guinea trial to start on anniversary of 2009 massacre 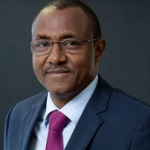