Libreville – Equatorial Guinea has detained a former justice minister after he criticised the president and his brother, the opposition said on Thursday, adding that they had had no news of him in three weeks.

President Teodoro Obiang Nguema Mbasogo, 80, has ruled Equatorial Guinea with an iron fist for more than 43 years, making him the longest-serving non-monarchic leader in the world.

Former justice minister Ruben Maye Nsue Mangue, 59, was arrested on the night of August 7 in the eastern town of Mongomo, after being summoned there to a meeting with the ruling party, one of his brothers, Ruben Monsuy, told AFP.

After the meeting, “Ruben was arrested and taken to an unknown location after refusing to apologise to the head of state”, he said.

“We have no idea of his whereabouts.”

The ministries of information and justice did not immediately reply to a request for comment from AFP.

Five days after the arrest of the ex-minister, who is also a clergyman, the justice ministry issued an order forbidding him from preaching and accusing him of “provoking public disorder”.

On July 25, the former justice minister in a Whatsapp voice note that went viral criticised the president’s management of the country, describing him as a “demon… holding his people prisoner”, and calling for national dialogue.

Guillermo Nguema Ela, a Europe-based coordinator in the coalition, told AFP by telephone that the former minister had been detained “without an arrest warrant or appearing in court within 72 hours” of his detention as required by law.

Opposition politician Joaquin Elo Ayeto – who was himself held for almost a year over “defaming” the president until his release in early 2020 – said civil society was worried.

“We are sounding the alarm bell,” he said.

Amnesty International has accused the authorities of torture, arbitrary detentions and forced disappearances since a campaign to root out criminality was launched in May. But Malabo has rejected the allegations. 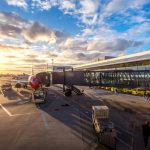