Moroni – Prosecutors in the Comoros on Thursday sought a life sentence for former president Ahmed Abdallah Sambi who was tried in absentia for high treason.

“He betrayed the mission entrusted to him by the Comorians,” said public prosecutor Ali Mohamed Djounaid before the elite State Security Court.

He demanded life imprisonment for Sambi and a verdict is expected on November 29.

Sambi, who led the small Indian Ocean archipelago between 2006 and 2011, passed a law in 2008 allowing the sale of passports at an exorbitant fee.

“They gave thugs the right to sell Comorian nationality like we would sell peanuts,” said Togolese lawyer Eric Emmanuel Sossa, who is sitting on the prosecution bench.

The ex-leader is accused of embezzling millions of dollars under the scheme, which the prosecution said cost the government over 1.8 million dollars — more than the GDP of the impoverished archipelago.

But Sambi’s French lawyer Jean-Gilles Halimi said there is no evidence of this money — “no account discovered”.

Sambi was originally prosecuted for corruption, but the charges were reclassified as high treason, a crime that “does not exist in Comorian law”, according to Halimi.

Sambi refused to attend the trial, as his lawyers said there were no guarantees he would be judged fairly.

He only appeared on Monday with his lawyers asking the judge to recuse himself because he had previously sat on the panel that decided to indict him.

Sambi had already spent four years behind bars before he faced trial, far exceeding the maximum eight months. He was originally placed under house arrest for disturbing public order.

Three months later he was put under pre-trial detention for embezzlement, corruption and forgery, in the so-called “economic citizenship” scandal before being slapped with the high treason charges.

“It is clear that Sambi is a hindrance to Azali Assoumani’s political agenda and that he is doing everything to remove it,” Sambi’s daughter Tisslame Sambi told AFP.

Among the defendants was French Syrian businessman Bashar Kiwan who accused the government of seeking to pressure him into testifying against the former president in exchange for a pardon.

The presidency has formally denied these accusations but the defence has indicated to AFP its intention to file a complaint for tampering with witnesses.

The Comoros islands — Anjouan, Grande Comore and Moheli — have endured years of grinding poverty and political turmoil, including about 20 coups or attempted coups, since independence from France in 1975. 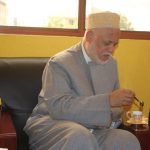 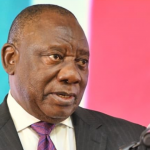