Bamako – Malian civil society organisations on Wednesday called on the country’s military rulers to speed up the creation of an independent body to oversee polls towards restoring civilian rule.

Mali has been run by a military junta since August 2020, when colonels angered at failures over the security situation toppled the country’s elected leader, Ibrahim Boubacar Keita.

Under pressure from its neighbours in West Africa, Mali adopted a timetable in late June for staging elections in 2023 and 2024.

The country’s strongman, Colonel Assimi Goita, passed a law that said the polls would be managed by an independent election commission.

The 15-member body is to include political party representatives and individuals from civil society.

But the COCEM electoral observation group, made up of different civil society organisations, said in a statement it “remains concerned by the delay in setting up the independent authority to manage the elections”.

It urged the Malian authorities “to speed up the process”.

A presidential vote is scheduled for February 2024, preceded by a referendum on a revised constitution in March 2023.

Parliamentary elections will be held between October and November 2023, while local polls are expected in June of the same year.

COCEM said the commission should be established by September 19 to meet the six-month deadline between its creation and the referendum.

Mali underwent two coups in August 2020 and May 2021, after which the Economic Community of West African States (ECOWAS) slapped tough sanctions in January to pressure the junta to return to civilian rule.

ECOWAS lifted the embargo in July after the junta yielded to its demands for a transition limited to two years.

Mali has since 2012 been rocked by a jihadist insurgency by groups linked to al-Qaeda and the so-called Islamic State group. 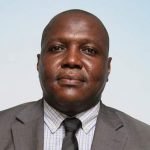