Porto-Novo – Benin opposition figure Joel Aivo, detained since mid-April after being barred from running in presidential elections, appeared in court on Thursday, where his lawyers condemned what they said was his arbitrary arrest.

Several opposition leaders in the West African state were detained before or just after the April 11 vote that saw President Patrice Talon win a second term with more than 86 percent of the votes.

Aivo, arrested on April 15 and accused of undermining state security, is being tried at the Economic Crime and Terrorism Court (CRIET) in the administrative capital, Porto-Novo.

Defence attorney Barnabe Baglo accused the prosecution of wasting time by trying to declare the court incompetent to hear the case and leaving the procedural file empty.

“There is nothing in the file, it’s an empty dossier,” he said. “We have already lost three months.”

The trial is postponed until August 5.

Another of his attorneys, Ludovic Hennebel, told AFP before the hearing that Aivo was being “arbitrarily detained in inhumane, cruel and degrading conditions… to punish him for political dissent and for speaking to French journalists.”

The CRIET, a special court set up in 2016, is often accused of serving as a tool by the regime to crackdown on the opposition.

Another leading opposition figure, Reckya Madougou, was arrested before the election.

Madougou is accused of plotting terrorist acts to undermine the ballot, a charge her lawyer dismissed as politically motivated.

Once praised for its vibrant multi-party democracy, critics say Benin has veered into authoritarian rule under former cotton-magnate Talon.

In the lead-up to the vote, two people were killed when troops opened fire to clear opposition protesters blockading a major highway in the centre of the country. 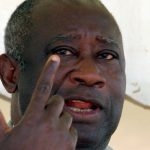 Laurent Gbagbo says ICC is biased and ‘not serious’ 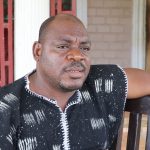