The August 24 elections were the most hotly contested in the oil-rich country since its first multi-party vote in 1992.

Results declared Monday placed the Movement for the Liberation of Angola (MPLA) as the winner with 51.17 percent of the vote, securing a second term for President Joao Lourenco.

But the opposition National Union for the Total Independence of Angola (UNITA) said it “does not recognise the results” from the national electoral commission.

Elections held on August 24 were the most hotly contested the oil-rich country has seen since its first multi-party vote in 1992 pic.twitter.com/fgGLrtwbgr

It vowed to file a legal claim “which will have the effect of suspending the declaration of the final results”, the party’s secretary general, Alvaro Chikwamanga Daniel, said in a video recorded overnight.

During the final phase of counting, the former rebel movement-turned-opposition-party claims “not to have been informed of the decision” by the electoral commission to ratify the results and not to have received a “copy of the tables of the final results”.

Candidates have 72 hours after the announcement of results to file a claim to the Constitutional Court contesting the ballot.

Four of the 16 electoral commissioners did not sign off on the final results, casting doubts about the process.

The MPLA has been the only party to govern the country since it gained independence from Portugal in 1975, but saw its poorest showing in this year’s ballot, down from its victory with 61% in 2017.

But this year turnout dipped to less than half of the approximately 14.4 million registered voters.

“Low voter turnout in this election indicated that citizens don’t feel that change can be affected through the ballot box,” said Marisa Lourenco, a Johannesburg-based independent analyst specialising in Angola.

“Voters also likely don’t trust the (electoral commission) or the courts, because of their partiality towards the MPLA, which makes them doubt the impact their participation will have,” she said.

UNITA made significant gains from the 2017 elections, earning 43.95 percent this round, compared with 26.67 percent in the previous vote.

It did particularly well in the capital district of Luanda, where it won a majority, taking it from the grip of the MPLA for the first time.

UNITA leader Adalberto Costa Junior, 60, last week pointed to discrepancies between the tallies of his party and the commission, and called for an international panel to review the count.

The charismatic leader saw a rise in popularity among young voters who want change for the country’s struggling economy.

Young Angolans tend not to feel the same allegiance as the older generation towards the MPLA, billed as the party which freed the nation from colonial rulers and ended a bitter, nearly three-decade civil war.

The MPLA’s Lourenco, 68, brought forward economic reforms in his first term in office, but critics say the move has not improved living conditions for most Angolans.

Lourenco came into power in 2017, after strongman Jose Eduardo dos Santos handpicked him as his successor following 38 years in office. Dos Santos died last month in Spain and received a state funeral in Luanda on Sunday.

Under dos Santos, Angola became one of Africa’s top crude producers, and while his family reaped the benefits of the wealth, most of country’s 33 million people were left in poverty.

Lourenco swiftly turned on his predecessor upon taking office with an anti-corruption mandate, but the effort has been viewed by critics as a political stunt, going after the children of dos Santos rather than ushering in wide reforms.

In their preliminary reports, foreign observers from Africa praised the peaceful conduct of the polls but raised concerns ranging from press freedom to the accuracy of the voter roll.

The European Union has urged Angolan election authorities to respond to complaints “in a fair and transparent manner”.

In a statement on Monday UNITA said “it is in the interest of all Angolans that the (electoral commission) does not avoid comparing” its tally with those conducted by political parties – “which represents the electoral truth”.

UNITA previously contested the 2017 vote, which did not result in the overruling of the winner. 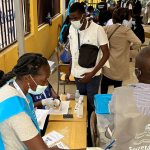 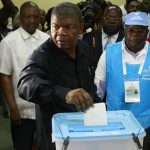 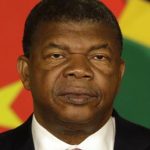