According to News24, on Monday, March 28, the suspect fetched the deceased from her house in Extension 28 in Bethelsdorp at around 09:00 to take her for a haircut.

She then hitchhiked with the deceased to Maitland Beach where she allegedly strangled and left her on the beach.

“It is further alleged that the child swam at the beach and at some time in the afternoon, she was strangled and left on the beach,” IOL quoted Colonel Priscilla Naidu as saying.

The suspect went to the nearest satellite police station in Sea View to report the incident at approximately 21:00.

Upon her reporting the incident, she was detained on a charge of murder.

The motive behind the killing remained unknown.

She was expected to appear in the Gqeberha Magistrate’s Court on Thursday. 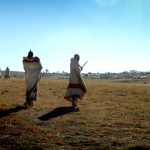