Cape Town – The family of a 15-year-old boy who took his own life following homophobic remarks allegedly made by a student teacher at PJ Simelane Secondary School in Soweto, are reportedly reeling over his passing.

Tiro Moalusi, a grade 9 pupil, ended his life two weeks ago after the teacher allegedly mocked him in class in front of fellow pupils for being gay.

He was laid to rest last week on Thursday Tshepisong, in Gauteng.

“We are going through emotions we have never felt before. We accepted Tiro for being himself and loved him for who he was. It’s painful that a teacher like that could cut his life so short by judging him for his sexuality.

Today is the funeral of the 15 year old Tiro Moalusi from Tshepisong, West Rand who committed suicide after his teacher made fun of his sexuality. He died on the 16th of August on his way to the hospital. pic.twitter.com/xDkTV1xa9z

“Tiro’s mom is not well. She has not been sleeping, or eating. She is constantly vomiting… She is in dire need of medical attention,” News24 quoted Tiro’s aunt Masingita Khosa as saying.

The South African Human Rights Commission (SAHRC) confirmed last week that it was investigating the circumstances leading to the suicide of Tiro.

According to EWN, the SAHRC said the investigation would be concluded by March 2023.

“The commission’s investigation will take approximately 180 days. The commission will invite input from the Department of Education, the SGB, the school management and the teacher concerned. The commission will also conduct interviews with the family of the deceased learner,” spokesperson for the SAHRC Buang Jones said, as per the report. 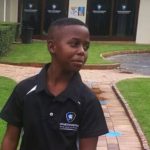