Cape Town – The family of a Cape Town girl who was kidnapped on her way to school on Friday remains in the dark about her whereabouts, as there have been no new developments.

Abirah Dekhta, 8, was reportedly snatched at Amber court, while being transported to school after the driver of her lift club was held up by armed men.

On Monday, a family member said they had not been approached for a ransom request, reported News24.

“We are all in shock. We haven’t received any updates or phone calls. The family is not doing well,” the report quoted the little girl’s uncle and family spokesperson.

Abira is the daughter of businessman Aslam Dekhta and his wife, Salama of Rylands, who are originally from India and have been living in the country for more than 10 years, reported IOL.

The report said that Abirah was grabbed in front of the driver and a little boy who allegedly hid behind seats to escape harm.

The gunmen then fled in a getaway vehicle which preliminary investigations revealed had fake number plates, the report said.

The little girl’s school bag which had been left in the vehicle was handed over to the police for forensic examination.

Police remained tight-lipped due to the sensitivity of the incident.

“The circumstances surrounding the incident are still under investigation. The finer details will not be divulged in any way as a result of the sensitivity of the investigation,” Cape Town police spokesperson, Warrant Officer Joseph Swartbooi was quoted as saying. 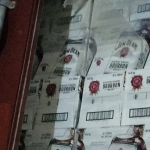