Johannesburg – Hundreds of people took to the streets in South Africa’s coastal city of Durban to condemn violence against women amid a growing wave of incidents that have rattled the nation.

The protesters marched the few kilometres between a central park and a cricket stadium, some holding signs reading “Stop killing women” and “A nation without GBV (Gender-Based Violence) is possible, it starts with me”.

Zulu King Misuzulu Zulu, the head of South Africa’s most influential traditional monarchy, led part of the walk, designated to raise awareness about gender based violence among the male population and attended mostly by men.

“As citizens we are guilty on two fronts, by commission and by looking the other way,” Misuzulu told media after the march.

“Those amongst us who do nothing to wipe out the scourge are just as guilty as the perpetrators.”

South Africa has been shocked by a series of gruesome crimes, including the gang rape of eight women in July.

WATCH: King Misuzulu KaZwelithini has finally arrived to join the national men’s day march in central Durban. The march is aimed at raising awareness regarding the scourge of gender based violence, a scourge the King has committed to fight during his reign. @IOL pic.twitter.com/d8Ao62tlAi

This week, a man was found guilty of 90 counts of rape, some involving children as young as nine.

“It is important to make people understand and also emphasise the critical role of girls and women,” Smangaye Xaba, executive director of the GoodMen Foundation, a campaign group that organised the Durban event, told a press briefing this week.

“They are our children, some of them, our mothers, our aunts, our sisters, and grandchildren.

Earlier this month, President Cyril Ramaphosa said gender-based violence ought to be considered the main “pandemic” affecting the country, as not a day went by without new reports of “horrendous” crimes.

“We need to reach out to boys and young men to develop masculinities that value respect, understanding and accountability” he told a conference.

Murders of women were up 52% in the first three months of this year compared to the same period last year, according to Ramaphosa. 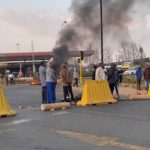 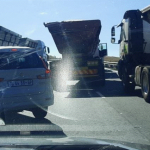