The franchise took to its Twitter timeline and shared a clip in which two male cartoons, Noko Mashaba and his uncle can be heard having a funny dialogue while preparing to board a flight.

The cartoons have never been on a plane.

Noko responds: “This is not a Quantum!”.

At some point, Noko hilariously tells the pilot through a loudspeaker to stop “after robots” after hearing that the plane does not offer Chicken Licken hot wings.

Watch the advert below:

I am willing to pay top dollar for Chicken Licken and Nandos’ marketing teams to compete against each other😅🤌🏾 https://t.co/VXQahJ75BX

This still the best for me… I don’t think someone can beat this standard… Mducomics pic.twitter.com/iFEry0xHiS 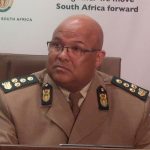