Dakar – Six young people were killed when their horse-drawn vehicle hit an old land mine unearthed up by rain in Senegal’s southern Casamance region, the local mayor said on Saturday.

Casamance is home to one of Africa’s oldest ongoing conflicts, which has claimed thousands of lives since 1982, and the mine was believed to be a remnant from earlier fighting.

It exploded on Friday afternoon in the village of Kandiadiou, near the Gambian border, the mayor of Sindian sub-prefecture Yankouba Sagna told AFP.

“A cart hit a mine,” he said, referring to a horse-drawn transport commonly used in Senegal.

“It was carrying young people returning from Friday prayers,” he added.

“The mine that exploded was not laid recently. Old mines remain in the crop fields. When it rains, they appear. We have always asked for the area to be de-mined.”

Casamance is one of Senegal’s rainiest regions and is in the last days of its rainy season.

President Macky Sall expressed his sorrow and offered his condolences to the families of the victims, in a statement posted on Twitter.

Mohamed Moustapha Diagne, a spokesman for the education minister, said two of the victims had been primary school age.

The army did not respond to requests for comment from AFP on Saturday.

Home to 1.9 million people, Casamance was once among Portugal’s colonies in West Africa along with what is today Guinea-Bissau.

But the region is now within the former French colony of Senegal – although it is separated from most of the rest of the country by the nation of The Gambia.

The remoteness of Casamance has fed into perceptions of discrimination by the government in the far-off capital Dakar and helped fuel an independence movement.

In December 1982, independence fighters took to the streets after government forces cracked down on a protest.

The conflict has persisted with occasional flare-ups since, claiming thousands of lives and ravaging the economy.

Despite efforts to remove mines buried by both the military and the rebels throughout the conflict, they continue to claim civilian lives.

The region had returned to an uneasy calm in recent years until the army launched a major new offensive in January, claiming to have captured rebel bases in remote forests on the southern border.

Senegal, EU and US sign deal for new vaccine-production plant 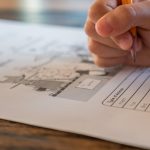