Cape Town – Lusikisiki police in the Eastern Cape reportedly arrested two brothers, aged 27 and 29 on Sunday for allegedly killing their father,74, after he killed a family dog.

News24 reported that the father killed the dog because it ate chicken eggs and attacked other domestic animals.

“According to the information, the deceased was with his wife and daughter at his residence, when he beat a dog to death.

ALSO READ: ‘How long can this go on?’ – Outrage as images of a dog that was allegedly hanged surface on social media

“Thereafter, his two sons assaulted their father and he sustained head injuries. He was taken to St Elizabeth Hospital where he succumbed to his injuries,” police said in a statement.

The two suspects fled to Mzizangwa and where they were later arrested.

The duo appeared before the local Magistrate’s Court on Monday, May 9 on charges of murder. 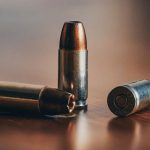 73-year-old woman robbed, stabbed twice in the neck and found dead by her husband at their farm