Tunis – A Tunisian military court has placed a journalist in custody after he made comments about the army during a television broadcast, his lawyer told AFP on Sunday.

The military prosecutor’s office opened an investigation after Salah Attia, who works for a local daily, made the remarks to Qatari broadcaster Al Jazeera on Friday, his lawyer Samir Ben Amor said.

Attia said Tunisian President Kais Saied had “officially asked the military to intervene against the Tunisian General Labour Union” – a powerful body known as the UGTT – and to surround its offices ahead of a general strike called for June 16.

Attia, who opposes a power grab by Saied that began in July last year, said the army told the UGTT it had refused the president’s request.

“It seems as if we’re in the final days of the regime of Ben Ali,” Attia said, referring to former Tunisian dictator Zine El Abidine Ben Ali who was ousted in a 2011 uprising.

The military court called Attia in for questioning and decided on Saturday to place him in custody after he refused to reveal his sources, Ben Amor said.

Attia is being accused of “harming the army” and “inciting Tunisians to violence”, the lawyer added.

The journalist is set to appear Monday before a military judge, who could place him in pre-trial detention.

Attia is not the first Tunisian journalist pursued by a military court.

In April, television presenter Amer Ayad was sentenced to four months in prison for “insulting” the head of state after delivering a heated monologue against Saied.

He has appealed and has been released pending further proceedings.

Western governments and human rights groups have criticised Tunisia’s use of military courts to try civilians, especially since Saied’s power grab, which began in July last year when he dismissed the government and suspended an elected parliament.

Members of the dissolved parliament have also found themselves in the military court’s cross hairs. 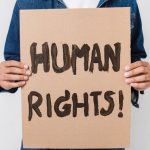