“The regrettable tribal clashes renewed on Thursday afternoon… without any clear reasons and despite sincere efforts by the government to stop hostilities,” the official SUNA news agency reported, quoting a statement by security services in Blue Nile state.

The clashes left “seven people killed and wounded 23 others”, it said, noting that the violence was centred in East Ganis village and the Roseires area.

In July, fighting in the region pitted Hausa tribes against rival communities including the Berta people, leaving at least 105 people killed and dozens wounded.

The clashes at the time erupted after Hausa tribes requested the creation of a “civil authority”, which rival groups saw as a means to gain access to land.

The violence displaced some 31 000 people, many of whom sought refuge in schools turned into displacement camps.

The clashes also triggered angry protests across Sudan, with the Hausa people demanding justice for those killed.

Other protests called for “unity” and an “end to tribalism” in the impoverished northeast African nation.

The country has since been rocked by near-weekly protests and a violent crackdown that has so far killed at least 116 people, according to pro-democracy medics. 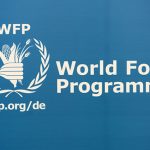 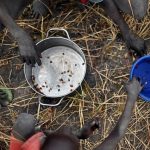 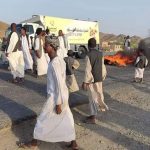