Nairobi – Queen Elizabeth II smiling at children waving Kenyan flags and the Union Jack, alighting from the “Royal Train” or shaking hands with a curious little boy – are all previously unseen images from an enormous archive taken by celebrated photojournalist Mohamed Amin.

The black and white photographs of the queen, shown exclusively to AFP, reflect a level of access that is unheard of today, with Amin capturing candid shots of the monarch chatting with three Kenyan presidents.

Elizabeth II, who died last week at the age of 96, had a close relationship with Kenya. She learnt the news of her father’s death while on her first visit to the former British colony in 1952. She arrived a princess and departed a queen.

Amin covered all her trips to Kenya as monarch.

A prolific journalist whose heartbreaking images of the Ethiopian famine in 1984 brought global attention to the crisis, Amin shot some three million photographs.

He spent decades leading his company Camerapix – which supplied video and pictures to several news outlets – before his tragic death in a plane hijacking in 1996, aged just 53.

His son Salim Amin now runs Camerapix and manages his father’s enormous private archive in Nairobi – filled with photos which have never gone on public display.

Despite being “a child of colonialism” – born to a South Asian family in Tanzania – Amin rarely expressed an opinion about the royal family, his son said.

“He couldn’t afford to have an opinion because it would affect his job,” he told AFP.

But Amin never kowtowed to authority or discriminated between princes and paupers, his son added, describing how a chance meeting in Saudi Arabia with a bodyguard to exiled dictator Idi Amin helped him score an exclusive interview with the so-called Butcher of Uganda.

“If he hadn’t been friendly with the bodyguard (in Uganda), he wouldn’t have gotten the interview!”

The queen’s death has raised questions about Britain’s colonial past and the abuses committed by British authorities across Africa, including during her reign.

In this context, Amin’s achievements testify to a triumph against daunting odds.

A self-taught photographer, he often encountered racism in the field, with officials automatically deferring to his white colleagues.

But he also saw his identity as a source of strength.

He realised “the fundamental reason he was successful was because he was local… (because) he knew the continent inside out”, his son said.

In 1992, Amin was honoured by the queen and made a Member of the Order of the British Empire.

In addition to covering the Ethiopian famine, when his images jolted the world into a huge relief effort including the massively successful “Live Aid” concert, Amin had a front-row seat to virtually every significant event on the continent.

Last year, Google Arts & Culture established an online archive to catalogue his work in collaboration with the Mohamed Amin Foundation.

Over 6,000 photos have already been uploaded to the digital archive.

More may follow, including those rare shots of  Elizabeth II.

Calls in Kenya for UK to return resistance leader’s head 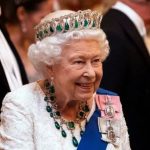 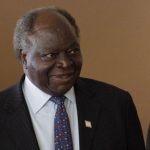