Cape Town – Wanted self-proclaimed prophet Shepherd Bushiri has reportedly alleged that there have been attempts to kidnap him by South African security personnel.

Last year, the Hawks appealed to anyone with information to come forward following reports that the controversial pastor was spotted in South Africa despite being a wanted fugitive.

He was wanted in connection with fraud, money laundering, and corruption after he fled the country after being granted R200 000 bail in 2020.

In a statement, Bushiri’a apokesperson Ephraim Nyondo revealed that they were aware that personnel from South Africa had been trailing the prophet and following him, reports said.

“We are extremely dismayed and astonishingly shocked by continuous intrusion into the private space of Prophet Shepherd Bushiri and also attempts to kidnap him by some recognisable security personnel from South Africa,” said Nyondo.

He said that lately, the ECG church leader had been through “a series of suspicious incidents that border on his security to the point of involving the Malawi Police Service”.

“We wish to underline here that we are well aware of their plot: we know where they lodge, we know their communication links, we know their local collaborators and we know their movements. It is shocking to note that some of the personnel involved in this scheme are the very same people that Prophet Bushiri opened intimidation and extortion cases against in South Africa in 2018,” he said.

He added that Bushiri “suffered immensely at the machinations of these people” while based in South Africa.

“The South African justice system failed to apprehend these people even after numerous criminal cases opened against them and also reporting them to various state security bodies. This, if you recall, is the reason the prophet left South Africa to seek justice in his home country and he is highly respectful of the court processes he is going through.

“We must underscore, here, that now that he is home and free, the Prophet will not be bullied and intimidated by these people in his home country the way they did in South Africa. Never,” said Nyondo.

City Press reported in 2021 that Bushiri had been in the country several times since his dramatic escape in 2020.

In a statement, the Hawks said atc the time, that they would not be drawn into commenting on speculation that the controversial pastor had been hopping the fence in and out of South Africa, while evading law enforcement for months, The Citizen reported.

Reports indicated that Bushiri and his accomplices, including his wife Mary, were accused of defrauding congregates of his Enlightened Christian Gathering Church, to the tune of around R100 million. 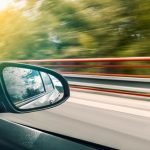 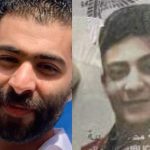 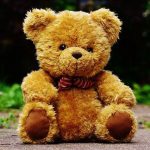