Cape Town – South African Police Minister Bheki Cele has denied claims that he was out partying with his daughter, Khumbuza at a Cape Town nightclub, Coco, on New Year’s Eve.

According to Times Live, an entertainment blogger by the name of Khawula Musa took to his social media to post some video clips of a girl dancing at Coco club while Cele was on the scene.

In the now-deleted clips, Musa claimed that the girl in the videos was Cele’s daughter.

However, speaking to eNCA, Cele denied these claims, saying that his daughter was in Durban, not Cape Town.

“There are two Khumbuza Celes but that’s not my daughter. My daughter is at home in Durban,” said Cele.

Echoing Cele was his spokesperson, Lirandzu Themba, who also confirmed that the girl in the video is not Cele’s daughter.

Themba further said that Cele will be taking legal action against Khawula if he doesn’t retract and apologise for the claims.

[JUST IN] Police Minister sets the record straight on this video and Twitter post, while on his Durban beachfront walkabout, he tells @DasenThathiah on @eNCA that he plans to take necessary action if @khawula_musa doesn’t retract and apologise. https://t.co/Nj9VNdtZhv 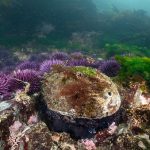 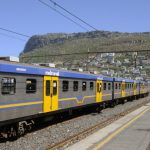