Johannesburg – South Africa’s parliament has appointed an independent panel to determine whether President Cyril Ramaphosa should face impeachment over the alleged cover-up of a heist at his luxury farmhouse.

To remove a president requires a two-thirds majority vote in the National Assembly. Ramaphosa’s African National Congress (ANC) party commands more than two-thirds of the seats, however.

A small opposition party, the African Transformation Movement (ATM), set down the motion that led to the creation of the panel.

The scandal around Ramaphosa erupted in June after South Africa’s former national spy boss, Arthur Fraser, filed a complaint with the police.

He alleged that robbers broke into the president’s farm in the northeast of the country, where they stole $4 million in cash stashed in furniture.

Ramaphosa hid the robbery from the authorities and instead organised for the robbers to be kidnapped and questioned, and then bribed into silence, Fraser said.

The president has acknowledged a burglary but denies the accusations of kidnapping and bribery, saying he reported the break-in to the police.

He has also disputed the amount of money involved, and said the cash came from legitimate sales of game from his animal-breeding farm.

In June, Ramaphosa suspended the country’s graft ombudswoman, a day after she launched a probe into the burglary.

Last week, the High Court dismissed the suspension, saying the “hurried nature” of the move “may have been retaliatory”.

Pressure has been piling on Ramaphosa ahead of an ANC conference in December where he is expected to seek re-election.

The panel will have 30 days to report its findings. 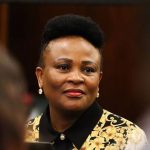