Johannesburg – A “dismayed” South Africa on Thursday urged Russia to pull its forces out of Ukraine hours after Moscow launched a military assault on its Western-backed neighbour.

In a statement, the Department of International Relations said South Africa “calls on Russia to immediately withdraw its forces from Ukraine”.

It said the country was “dismayed” at the turn of events but stood behind hopes for “diplomatic efforts to find a solution to the concerns… expressed by Russia.”

“The door of diplomacy should never be closed even as conflict has broken out,” the statement said.

South Africa calls for increased efforts to find a solution that will help de-escalate tensions and avert armed conflict in the Russia-Ukraine conflict https://t.co/8LN6XPWuo2 #RussiaUkraineConflict pic.twitter.com/RXiCcBf5gR 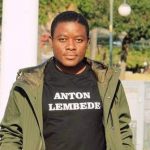