Cape Town – With a spike in kidnapping crimes plaguing Cape Town, Raziek Rajah has spoken about his family’s experiences after his father, Ismail Rajah, was kidnapped for 111 days.

Rajah was kidnapped in March this year outside of his Parow business by armed assailants.

He was rescued from a house in Khayelitsha in June.

At an inter-faith dialogue hosted by the Muslim Judicial Council in Athlone, Cape Town, Rajah reflected on the 111 days during which his father had been abducted.

The Voice of the Cape reported that Police minister Bheki Cele,  Cape Town Mayor Geordin Hill-Lewis and the City’s Safety, Police Commissioner General Sehlahle Masemola, and  Security Directorate’s JP Smith were among those who attended the event.

According to News24, Raziek said his father’s kidnapping was untimely, as the family had run into financial woes and lacked the ransom amount required to pay the kidnappers.

“We knew we were never going to get [it]… We had to find something that would give us that relief that my dad would be rescued,” the report quoted Raziek as saying.

Despite the despairing attitude South Africans held towards the South African Police Service (SAPS), Raziek indicated that the police services did have the resources, EWN reported.

“SAPS has got the resources, it might be misplaced in certain units, but they have the resources and that’s something South Africa needs to know. This is a very personal conversation as well because you start remembering the hoops you have to jump through,” the report quoted Raziek as saying.

Raziek urged politicians to come together and work towards the protection of its citizens.

“Seeing SAPS and the City in one room is already a win. As a South African citizen; my mind can’t comprehend different political parties when somebody is approaching me with a gun. We need the political leadership in South Africa to stop the political artery and sit around a [damn] table- and do what they are supposed to do because we have elected them to protect [and] lead us.”

‘If the president asks me to resign, I’ll go,’ says Bheki Cele 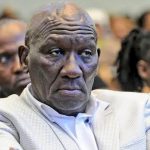 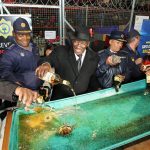 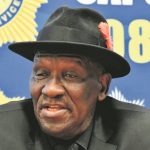