East London – South Africa bade an emotional farewell on Wednesday to 21 people, mostly teens, who died in unclear circumstances at a township tavern last month, in an incident that deeply shook the nation.

President Cyril Ramaphosa joined more than a thousand people at a memorial service at a stadium in Scenery Park, a township in the coastal city of East London, where empty coffins were laid out to symbolise the loss.

Eleven days after the bodies were discovered in the Enyobeni tavern, the cause of the deaths remains a riddle.

The police are yet to wrap up their investigation, although officials have ruled out a stampede, and autopsy results are still to be made public.

“Somebody, somewhere must answer” for the tragedy, Police Minister Bheki Cele declared at the memorial service

Scores of mourners filled a large marquee where 19 coffins were laid out, and hundreds more people gathered outside to follow the ceremony.

“Our hearts are broken. We have lost our children.”

Eulogy by President @CyrilRamaphosa at the mass funeral for the victims of the #EnyobeniTavern tragedy, Scenery Park Sports Field, East London. https://t.co/9ErdKpOlu6 pic.twitter.com/n51lmaeKsF

Some broke down in tears, while others chanted prayers as a police band played the national anthem.

Undertakers said the caskets were empty. One family expected to bury their child after the service and the others would be buried later this week. Two of the victims had already been laid to rest, according to local media.

The youngsters died in what survivors have described as a battle to escape the jam-packed venue, with one reporting a suffocating smell.

The grim discovery of their bodies was made on June 26.

The youngest was just 14 years and the oldest 20, according to birthdates listed on the memorial official programme distributed on Wednesday.

Cele had previously said the youngest was 13 and the oldest 17.

The fatalities bore no visible signs of injury and officials have ruled out a stampede as the cause of death.

‘Hope of our nation’

“As a nation we are hurt by what happened,” Oscar Mabuyane, the head of the Eastern Cape province where East London is located, said in an address.

“(The) young people we are here to bury were the hope of their families and by extension the hope of our nation.”

Drinking in South Africa is permitted for over-18s.

But in township taverns, which are often located close to family homes, safety regulations and drinking-age laws are not always enforced.

The tragedy has sparked calls for change.

“Alcohol… should never be a form of entertainment for our kids,” Lucky Ntimane, national convenor of the National Liquor Traders Association told the memorial service.

Nolitha Tsangani, a Scenery Park resident who lives near the Enyobeni tavern, said blame for the tragedy should be shared.

“We are all wrong… the parent is wrong, the child who is dead, I am sorry to say, is wrong,” she told AFP, as she also pointed the finger of blame at the tavern owner and the police. 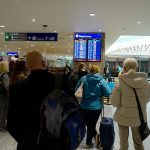